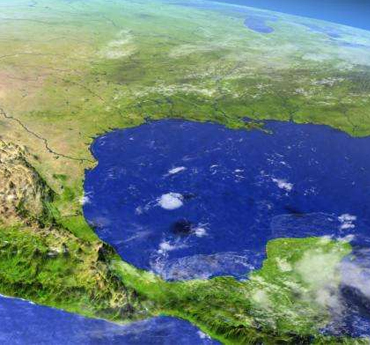 MISSISSIPPI RIVER
The estuary of the Mississippi river flows South for over 2300 miles from its source in Northern Minnesota all the way down to the Gulf of Mexico to the SE of New Orleans. Approx 11,000 vessels enter the Mississippi each year to load or discharge cargo and passengers. Many are container, Ro-Ro, reefer or general cargo vessels and tankers but the majority are bulk carriers. The river has an approximate width of 3000 feet and a clear unobstructed 500 foot wide channel. The Lower Mississippi River is divided into five port areas. They are: 1. Plaquemines Port Harbor and Terminal District: extends from the sea to 80.8 miles above head of passes (AHP). 2. St Bernard Port Harbor and Terminal District: from 80.8 miles AHP to 91.5 miles AHP 3. New Orleans: from 91.5 miles AHP to 114.9 miles AHP 4. Port of South Louisiana: from 114.9 miles AHP to 168.5 miles AHP 5. Port of Baton Rouge: From 168.5 miles AHP to 253 miles AHP

LAKE CHARLES
The Port of Lake Charles Harbor & Terminal District is located in southwest Louisiana, 36 miles inland from the Gulf of Mexico coast. In 1924, the Louisiana state legislature created the Lake Charles Harbor & Terminal District, and the Port of Lake Charles officially opened as a deep draft coastal port in November 1930. The establishment of the Port responded to the need for marine transportation for lumber and rice cargoes, but over the years, the Port has grown into an industrial facility, moving 56.8 million tons of cargo in 2014 (U.S. ACE Waterborne Commerce Statistics Center). Principal cargoes include bagged rice, flour, and other food products; forest products; aluminum; petroleum coke and other petroleum products. The Port district includes an area of 5,000 acres and provides space to 40 tenants while also owning and operating two marine terminals and two industrial parks. All along the Calcasieu River Ship Channel, industrial plants and refineries have opened up and created an economic magnet for the petrochemical industry, including the nation’s fourth largest refinery and two of the largest liquefied natural gas facilities.